The area now known as El Jobean was originally part of those federal lands in Florida deeded to the state government following its admission to the United States in 1845. Private ownership and development of the area first began in 1883 when the land was purchased and deeded to the London-based Florida Land and Mortgage Company. In 1887, Scottish immigrants Daniel and Jane MacPherson purchased 1,071 acres on which they platted the town of Southland on the east bank of the Myaaka River.

Undeveloped save for a small fishing camp for sport fishermen, the town was a stop on the Charlotte Harbor and Northern Railroad after 1907 and sold to turpentine distillers in 1920. The unsuccessful businessmen sold the entire Southland tract in 1923 to Joel Bean of the Boston and Florida Reality Trust Company, who looked to capitalize on the land boom then sweeping Florida. Changing the name to El Jobe-an, an anagram of his name, Bean developed plans for a unique hexagonal “City of Destiny” of Mediterranean Revival design for northern buyers seeking winter homes.

El Jobean’s flourishing development was, like many during the 1920s, cut short by two major hurricanes in 1926 and 1928 and the onset of the Great Depression in 1929. El Jobean continued as a fishing community and winter home for tourists and circus performers, the most famous being Leo “Suicide” Simon.  Its local historical significance was recognized with the placement of the El Jobean Post Office and General Store and El Jobean Hotel on the National Register of Historic Places in 1999 and the establishment of the El Jobean Local Historic District in 2000. 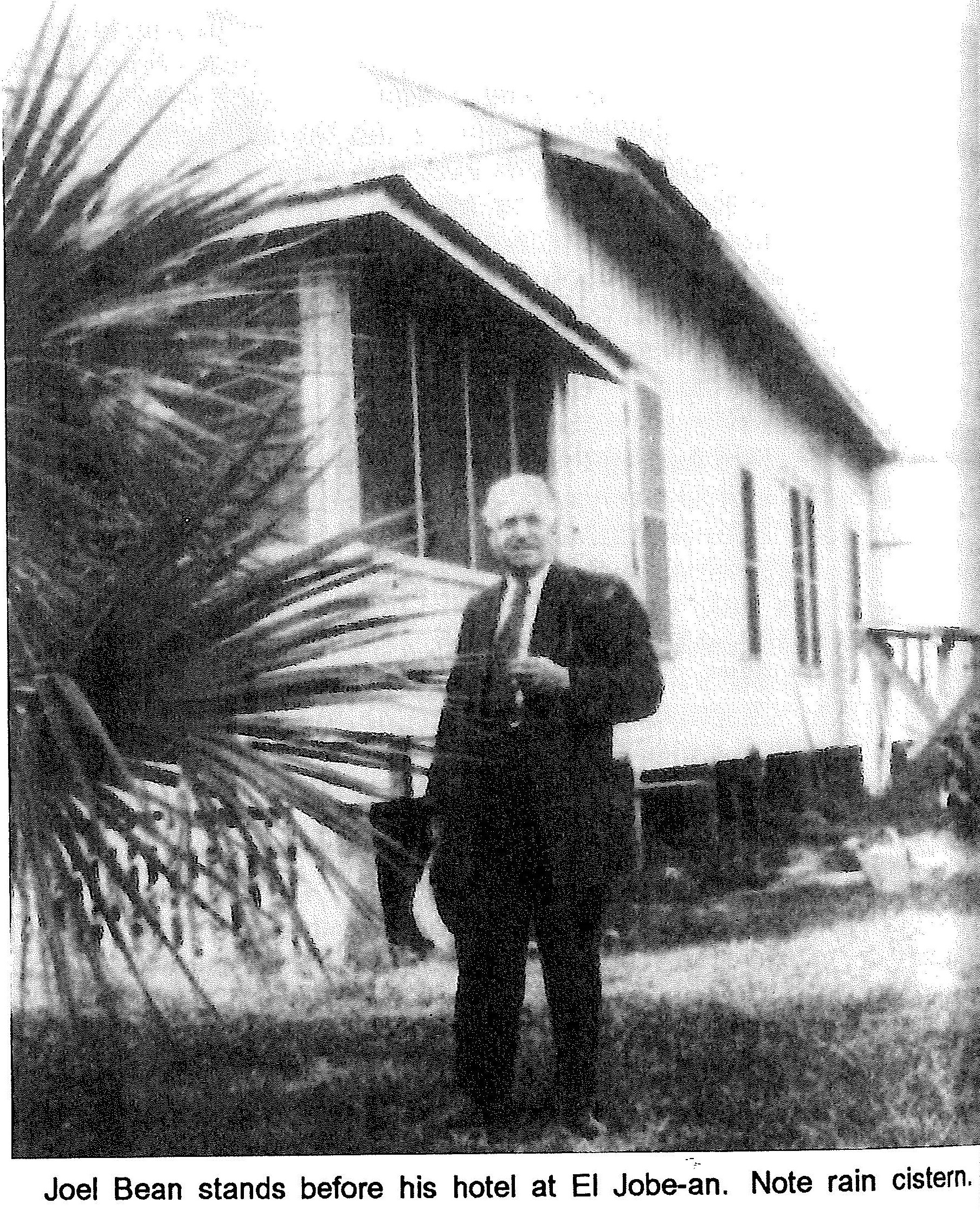