In 1905, Clarence Bloomfield Moore (1852-1936), a wealthy, amateur archaeologist from Philadelphia excavated a mound located on the northern bank of the Peace River about one half mile north of this site. Moore found the sand burial mound containing bones and pottery sherds dating the mound to the Safety Harbor period (A.D. 900-1725). The Timucua Indians, part of the Safety Harbor culture, lived along the central Gulf coast of Florida. Moore noted that the mound had been badly disturbed prior to his excavation. Early settlement of the Hickory Bluff area may have been the cause of the mound's disturbance. Today there is no evidence of the sand mound. 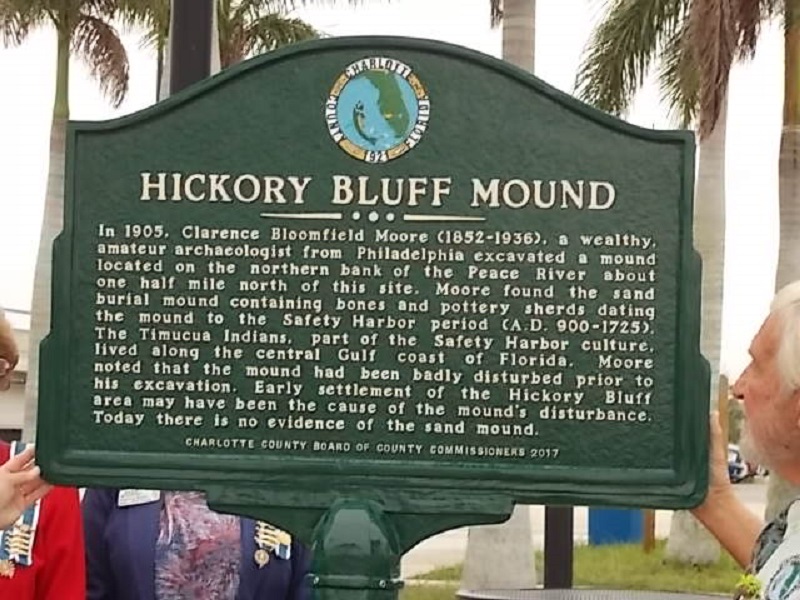