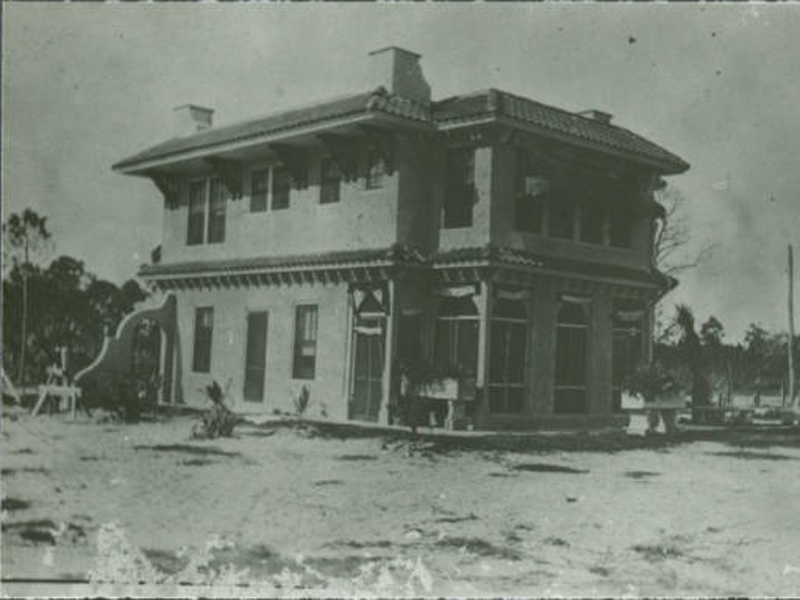 After the Civil War (1861-1865), soldiers stationed in Florida decided to stay for the warm climate as well as for political and financial gain. Some became early pioneers here in Hickory Bluff, not far from the 1872 Charlotte Harbor post office.

Mathieu F. Giddens was a former Confederate soldier who owned a farm on Mill Creek and served as county commissioner. Giddens donated land for the Charlotte Harbor Cemetery after his father-in-law, Joel Knight, died in 1879.

Francis Durrance, Jr., owned a house and cattle in eastern Hickory Bluff. He was customs collector in Punta Gorda and served as the local preacher. Around 1927, his son, Cleveland Pasco Durrance, built a Mediterranean Revival style home (called locally the “Spanish House,” now demolished) near this site. He later moved his family to the house next door and rented the Spanish House to seasonal tourists. 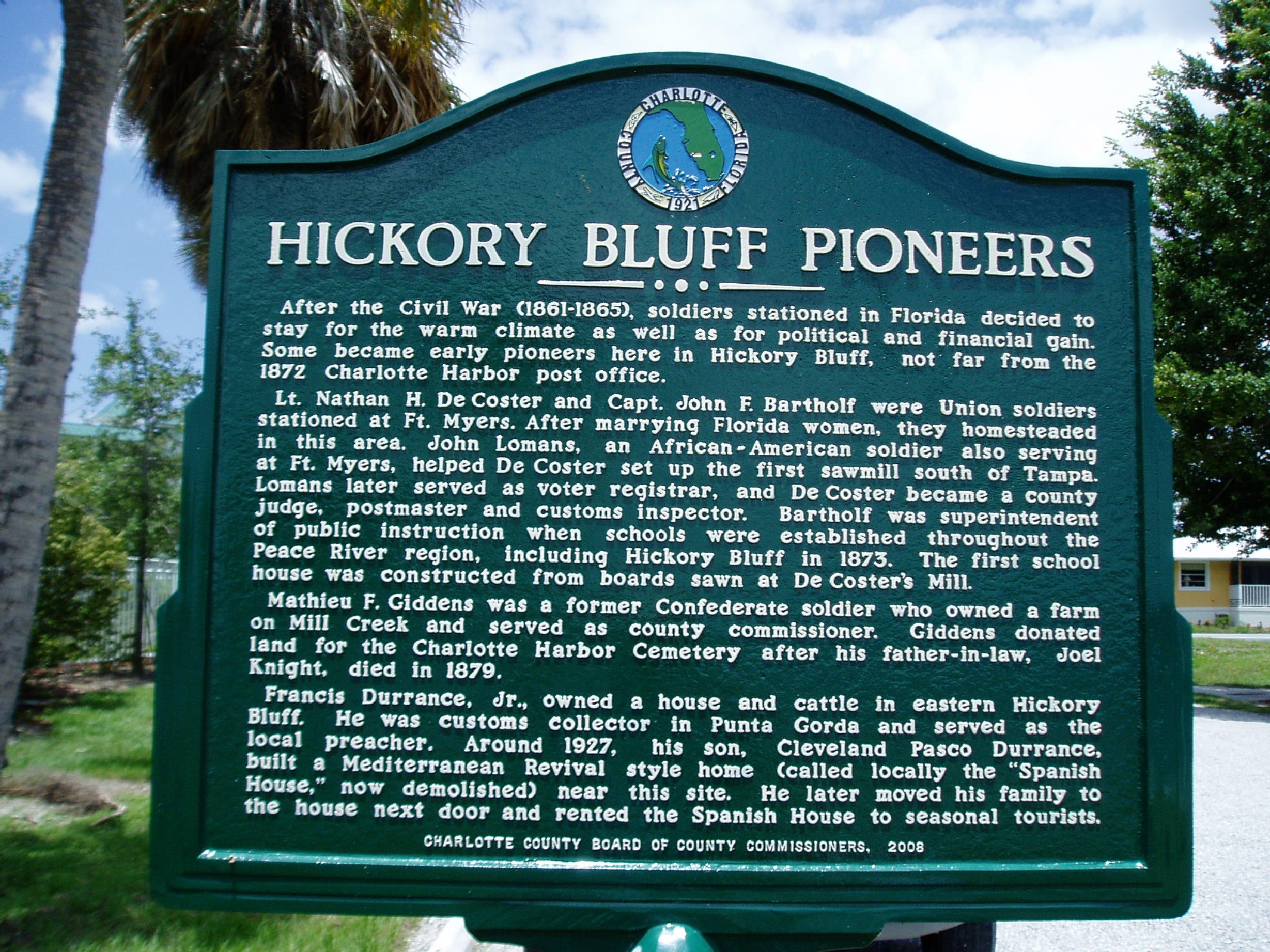