Hotel Punta Gorda, one of the first buildings of any kind constructed in Punta Gorda, opened in January 1888 and served over 3300 guests within its first season. The three story building contained 150 rooms, all with a view of the waters of Charlotte Harbor. The hotel, built in the Queen Anne style, included clapboard siding, multi-paned windows, round conical roofed towers and a hipped roof. Although located in a then remote part of Florida, the hotel had such modern conveniences as gas lighting, electric bells, steam heat and open fireplaces. Roses draped over the railings of the extensive veranda, and the grounds were landscaped with camphor trees and palms. The hotel attracted a clientele of wealthy and notable guests from around the world: Thomas Edison, John Wanamaker, W. K. Vanderbilt, the Samuel Colt family and others. 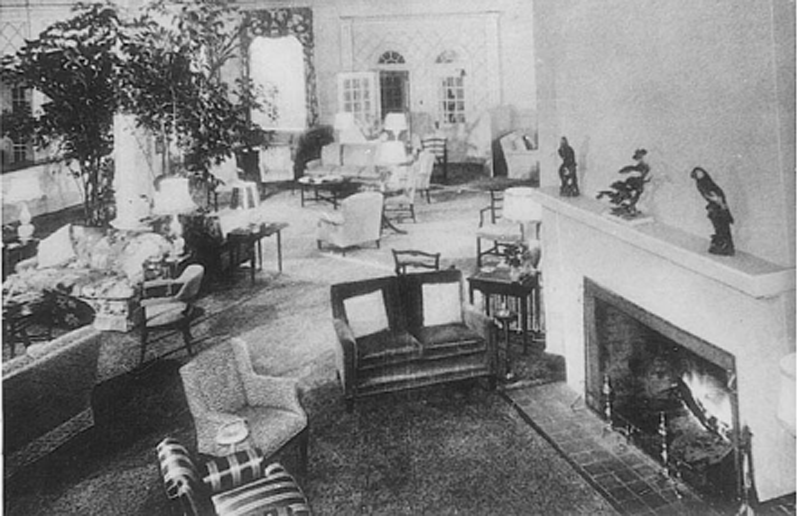 There was a period when the hotel declined, ownership changed and in 1924 was acquired by Barron Collier. He changed the name to the Hotel Charlotte Harbor, remodeled the hotel and expanded the grounds. He stuccoed the exterior, added a fourth floor ballroom and arches to the porch, giving the hotel elements of the Spanish Eclectic style. He added new tennis courts, a boat basin and a 176 by 80 foot swimming pool. The hotel flourished again with many famous guests, but after some hard times it was destroyed by fire in August 1959. 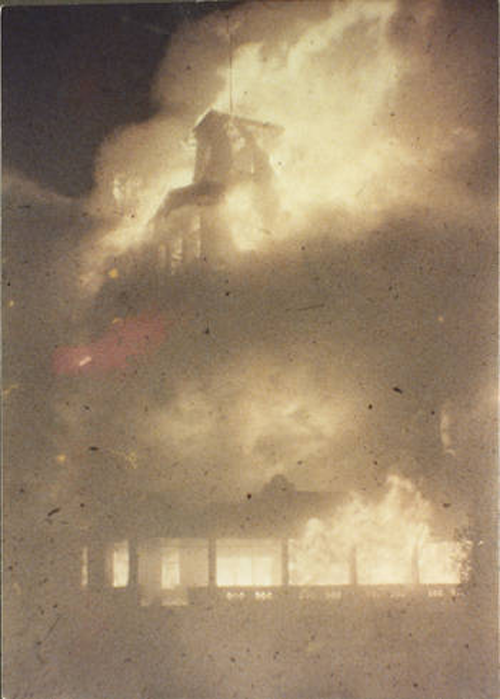 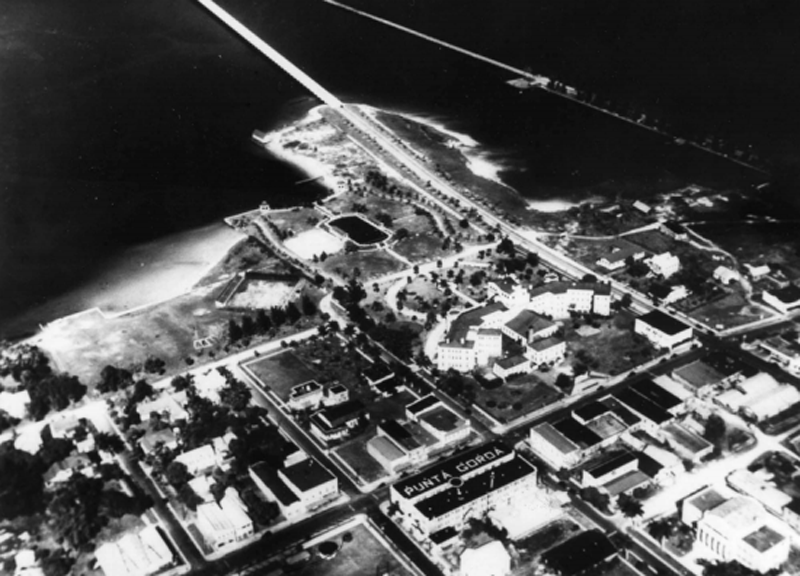 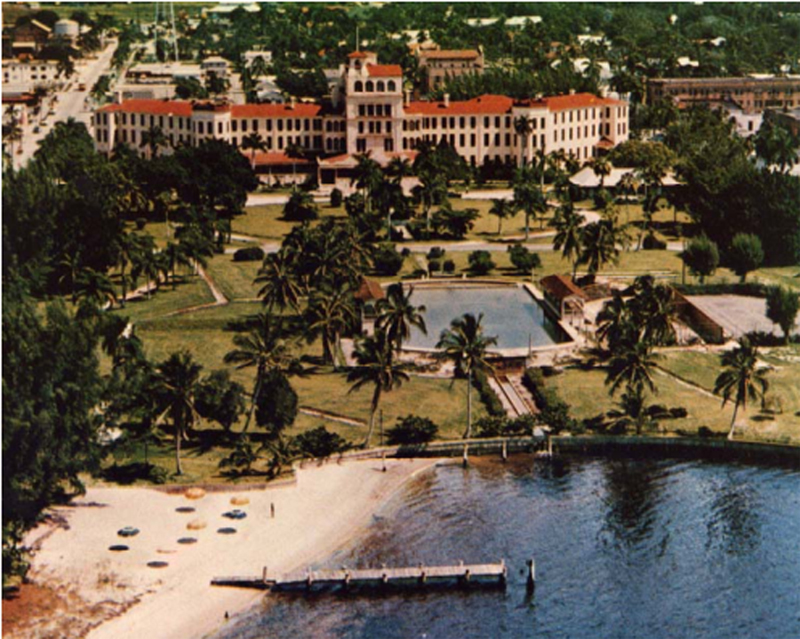