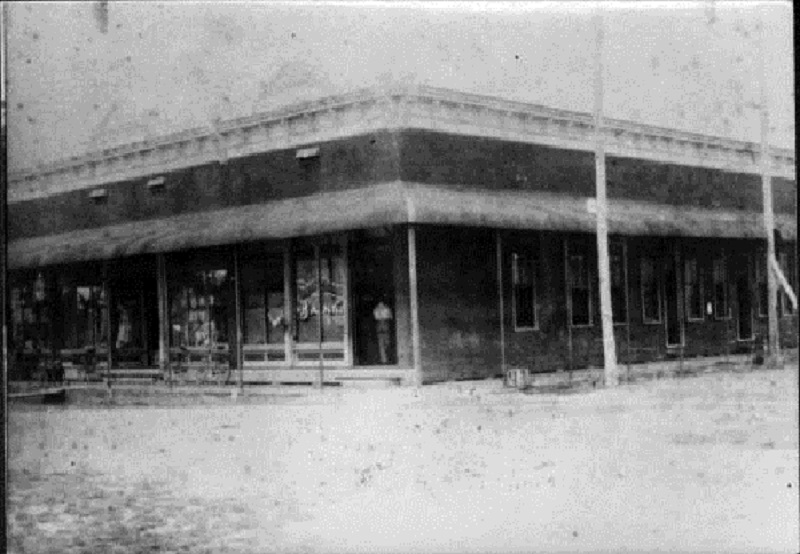 The Punta Gorda Bank was operating by June 1894 as a branch of the State Bank of Fort Meade. It was chartered by the state as a separate bank in July 1899, with a capital of $15,000 and Perry Wadsworth McAdow as president. McAdow had earned a fortune as the owner of the Spotted Horse gold mines in Fergus County, Montana, and decided to relocate to Punta Gorda after vacationing here with his wife. McAdow constructed a one-story, brick façade commercial building on this location to house the bank. The Punta Gorda Bank occupied the corner storefront, with Earnest Dry Goods, the Punta Gorda Trading Company, Wade’s Drug Store and a community social hall known as McAdow Hall filling the remainder of the building. 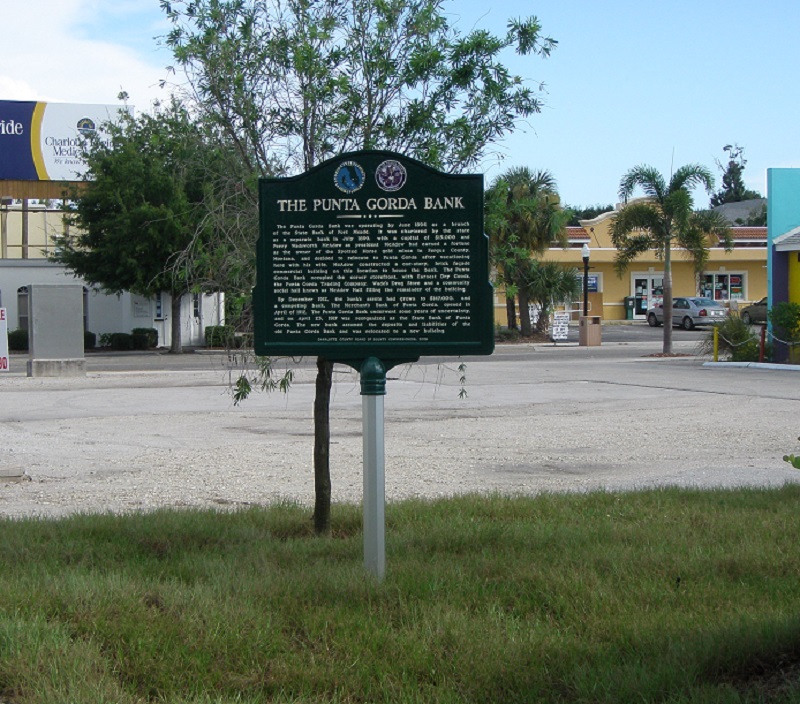